HOME ABOUT ME MY MUSIC 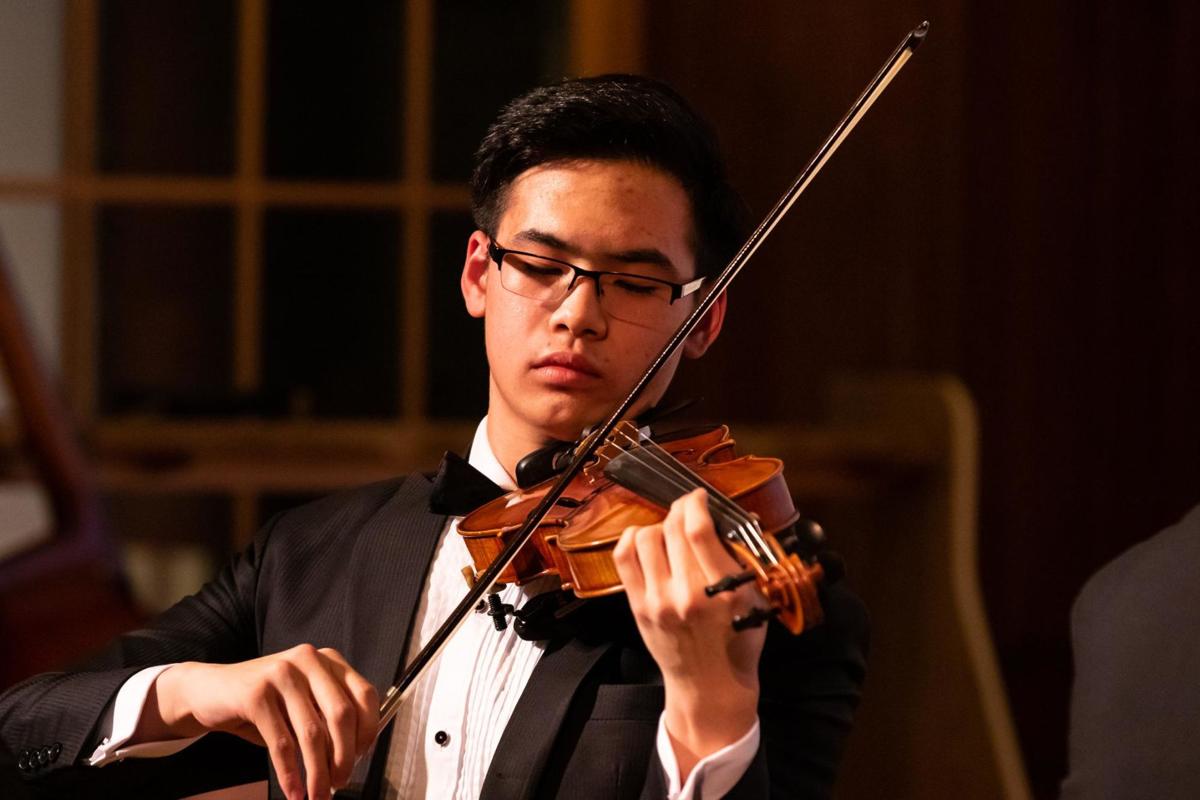 I've always had a passion for music, and have been playing the Piano for as long as I can remember, and the Violin since 3rd grade.

Hailing from a family of respected medical professionals, I strive to continue my family's legacy of service to the community through medicine. 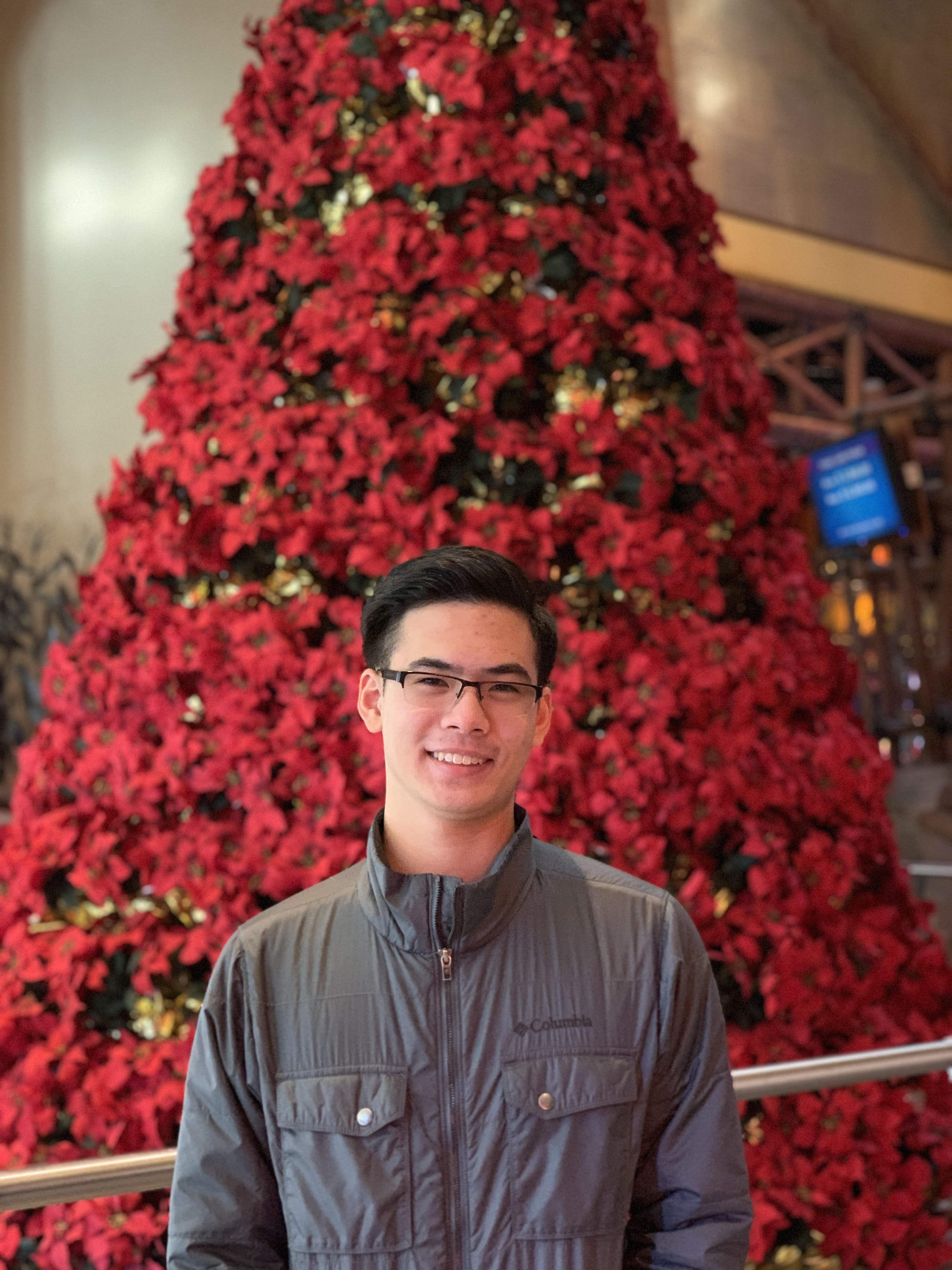 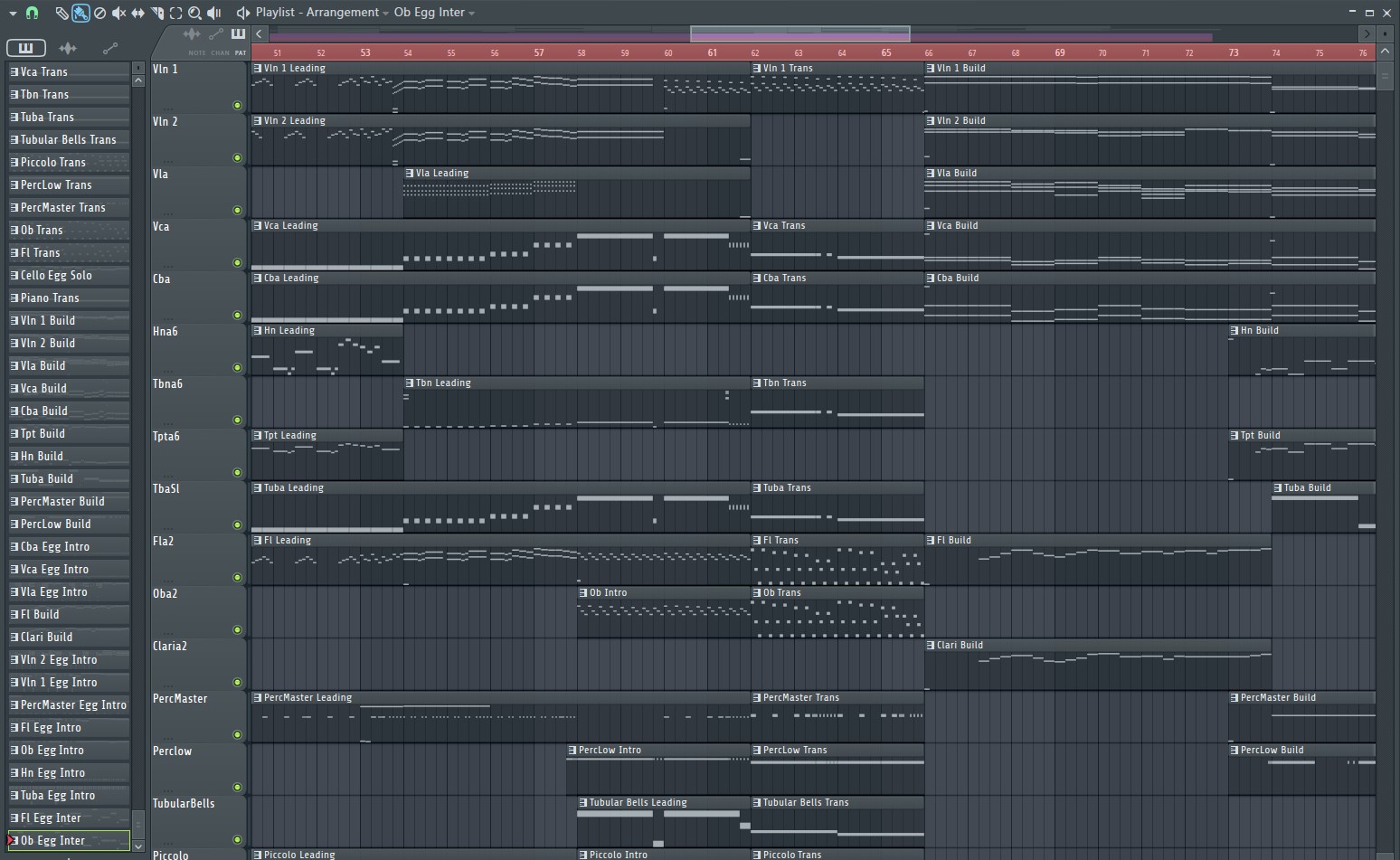 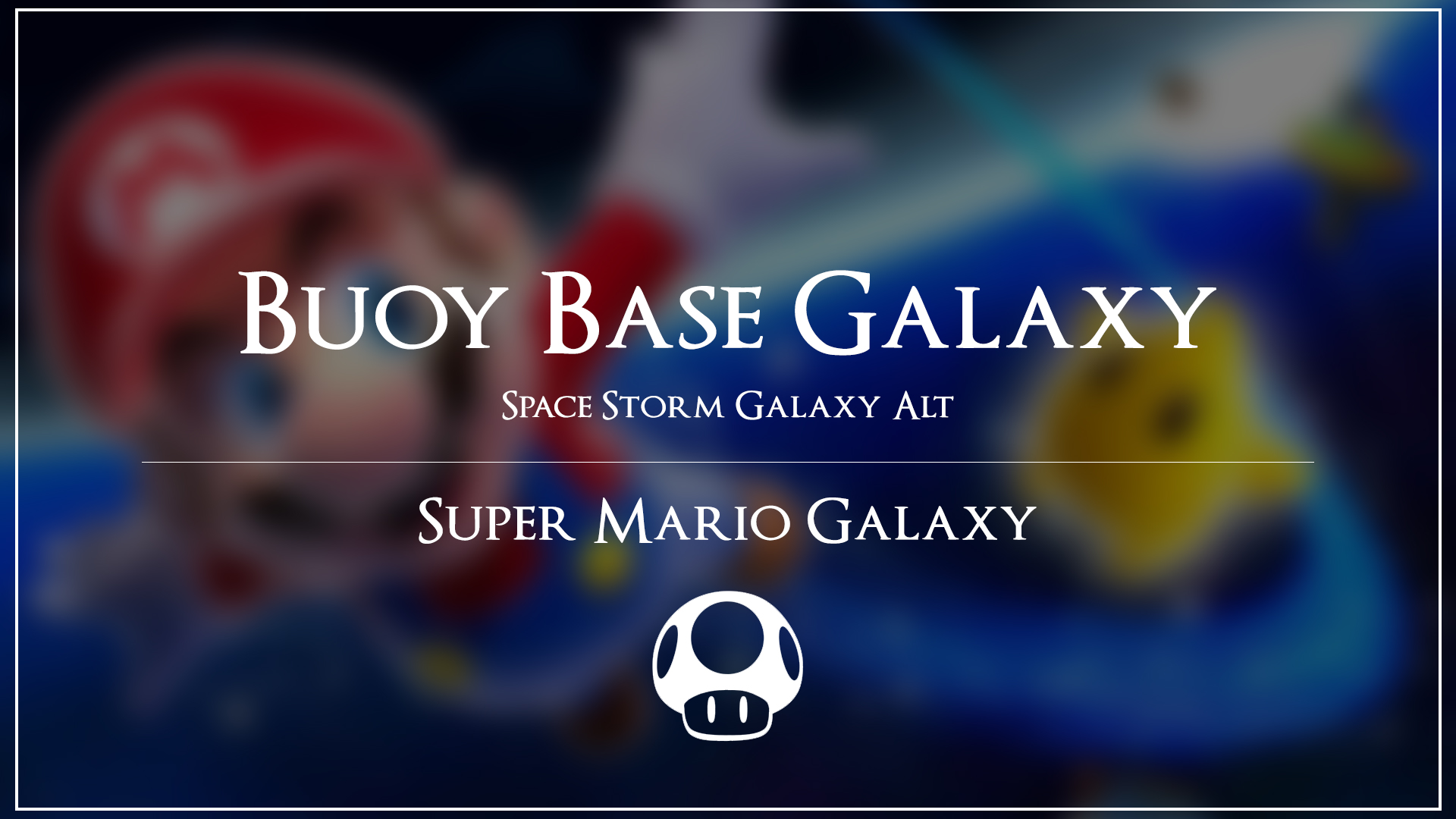 This arrangement was a request from a friend of mine. I originally turned it down, but gave in after a couple of weeks, and I definitely do not regret that at all. Its been one of the most challenging and fun arrangements I've done thus far.

The original version of Buoy Base features some strange synthesised sounds. Being unable to replicate those sounds myself, I decided that I needed to "convert" those synth sounds to be played by an acoustic instrument. In this version, flutes and piccolo assume this role. However, I was able to replicate one synth sound by using a theremin, which is featured in the B section of the Buoy Base Galaxy portion.

Buoy Base Galaxy is the alternate track played in Space Storm Galaxy. 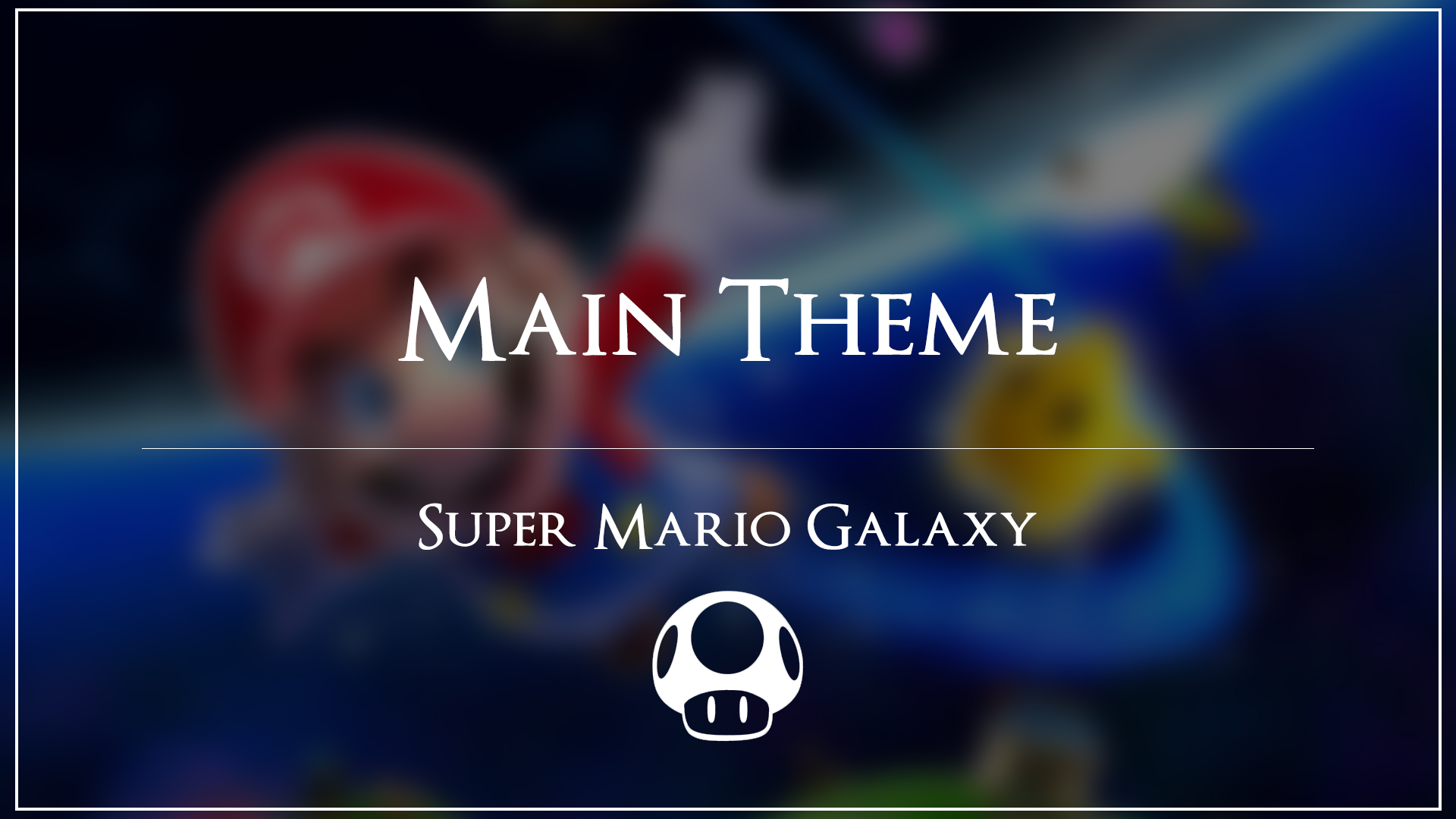 At the time, this arrangement is one of my best works yet. It is the culmination of over six months of arranging experience. It went through multiple revisions using feedback of a diverse group of volunteers in order to ensure a high-quality final version. Future arrangements will go through the same detailed revision process, as the quality of arrangements produced through this method is significantly higher than those with just my input alone.

This arrangement of the Super Mario Galaxy Main Theme is a mix between the Main Theme and another famous track: Gusty Garden Galaxy. It starts with an introduction consisting of a four measure trumpet fanfare, followed by the violins and winds carrying the rest. The theme is then played by the violins, with a second repetition featuring the same theme raised an octave, which transitions to the interlude.

Its first iteration features oboes playing the melody, the entire string section providing the main harmony and establishing the progression, as well as the flutes and piccolos providing counterpoint through a mostly scalar and arpeggiated accompaniment. During the second iteration, the string section transitions from pizzicato to playing bowed chords, except the violins, which play the melody along with the oboes, and flutes. Time, low brass plays a similar harmony line as low strings, while the horn can be heard playing a very distinct rhythmic figure that contrasts to the long, flowing harmony lines. The last two measures of the interlude crescendo into the introduction's fanfare transposed to start on the second degree (F major). Instead of remaining in its new key, it transitions to D flat major at its peak, which then resolves to A flat major through an authentic cadence.

The arrangement now enters a fairly long transitional period. The melody played is actually a slowed-down version of the C section of Gusty Garden Galaxy's Theme. It begins with an oboe solo in the newly established key, accompanied by the strings section playing with a brush-like articulation. The flute joins the oboe solo during the second half of the first iteration of this transition. The oboe and flute's final A flat in the first iteration is held through the first bar and part of the second bar of the second iteration, where a violin solo plays the melody line. The oboe and flute instead play a composed countermelody. The conclusion of the second iteration includes an extra four bar accelerando section which crescendos into the beginning of the Gusty Garden Galaxy section of the arrangement.

The Gusty Garden Galaxy portion begins with its classic introduction, which diminuendos into the A section, where oboes play the instantly recognisable melody, accompanied by short, light strokes from the string section harmony. This builds into the B section with a harp glissando, and violins assume the melody. The piccolo can be heard playing an arpeggiated figure to contrast the sustained notes from the violins. Trumpets and horns join the violins towards the middle of the B section all the way through to its conclusion. The trumpet plays the melody for the entirety of the C section, accompanied by a repeated sixteenth-note figure by the piccolo and flute. During the second half, the oboe and clarinet provide countermelody. The last four measures transition into the D section of the Gusty Garden Galaxy track, which is essentially as much of a theme as the A section.

The D section features a soaring melody played by the violins, oboes, and flutes in the first half. Again, the lower strings provide harmony, this time with slightly more defined strokes. During the second half, trumpets join the melody and lower brass provides additional strength to the harmonic movement in the progression played by the lower strings.

The finale is an original addition. It contains various motifs and themes present throughout the arrangement thus far, along with the addition of a modified version of Buoy Base Galaxy's theme to provide some movement and variation. Throughout the entire finale section, violins are holding the C sharp that would have been the expected resolution to the D section. The first iteration of this finale has an oboe solo assume the melody, with a violin solo shortly following and eventually playing in unison with the solo oboe. A solo horn can be heard playing the aforementioned modified version of Buoy Base Galaxy's Theme. The second iteration maintains currently established parts, with the addition of a much stronger brass presence. Flutes and piccolos play in unison with the oboe solo, trumpets play in unison with the violin solo, and trombones play in unison with the horn solo. The rest is similar to the first iteration, only this time, it transitions with an ascending line in the harp and piano and resolves to C sharp major, ending with the crash of cymbals. 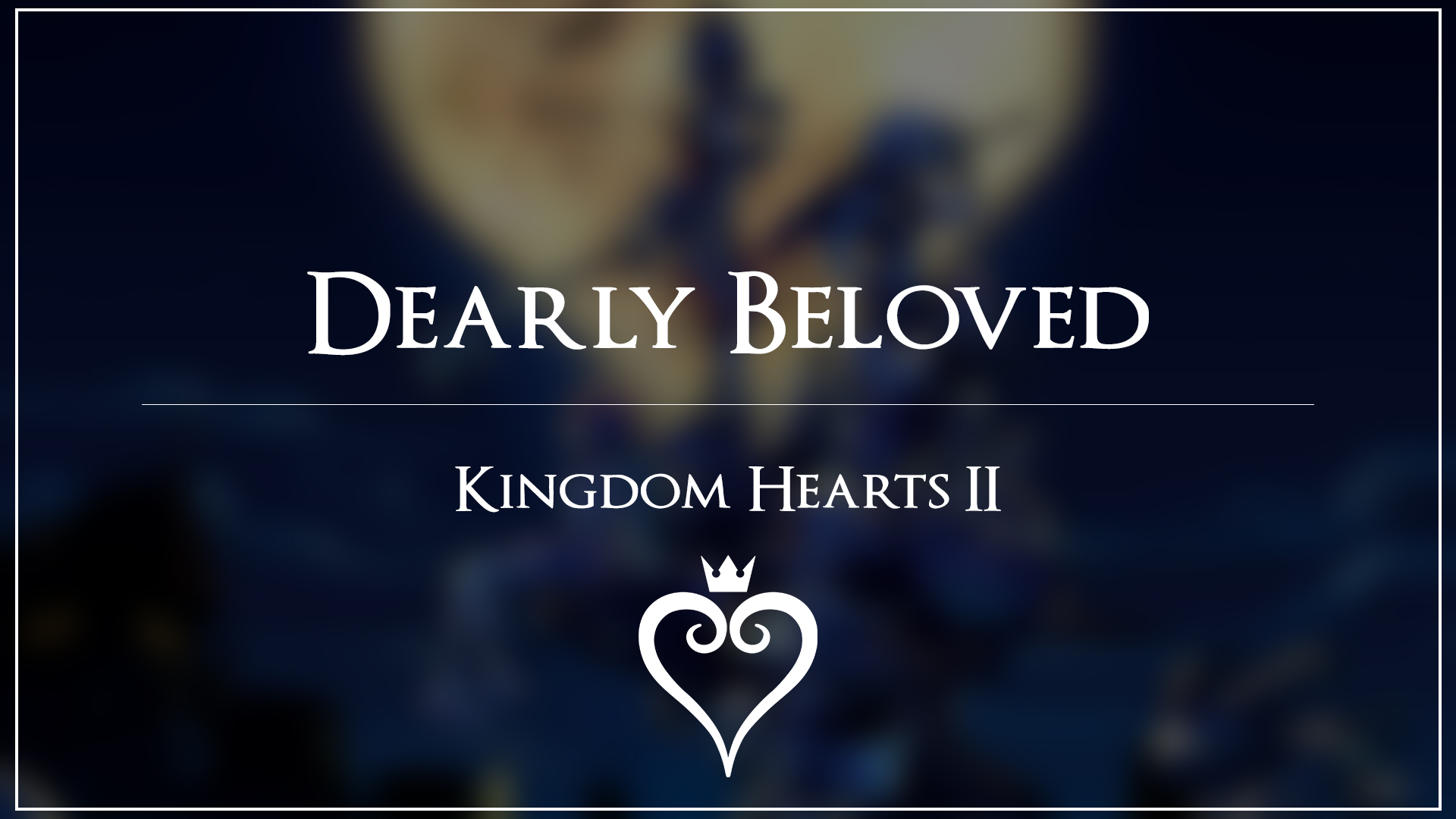 This arrangement was actually a request from a former teacher of mine. It features the original beautiful 4 bar motif which begins on the 4th degree and only returns to the root in the 3rd bar.

As the piece progresses, I keep building tension by layering in more instruments. This also ensures variation, as the piece revolves around essentially the same progression the entire time. The ending, sharply contrasting with the previous sections, features a 5/4 time signature, and finally resolves to the root. 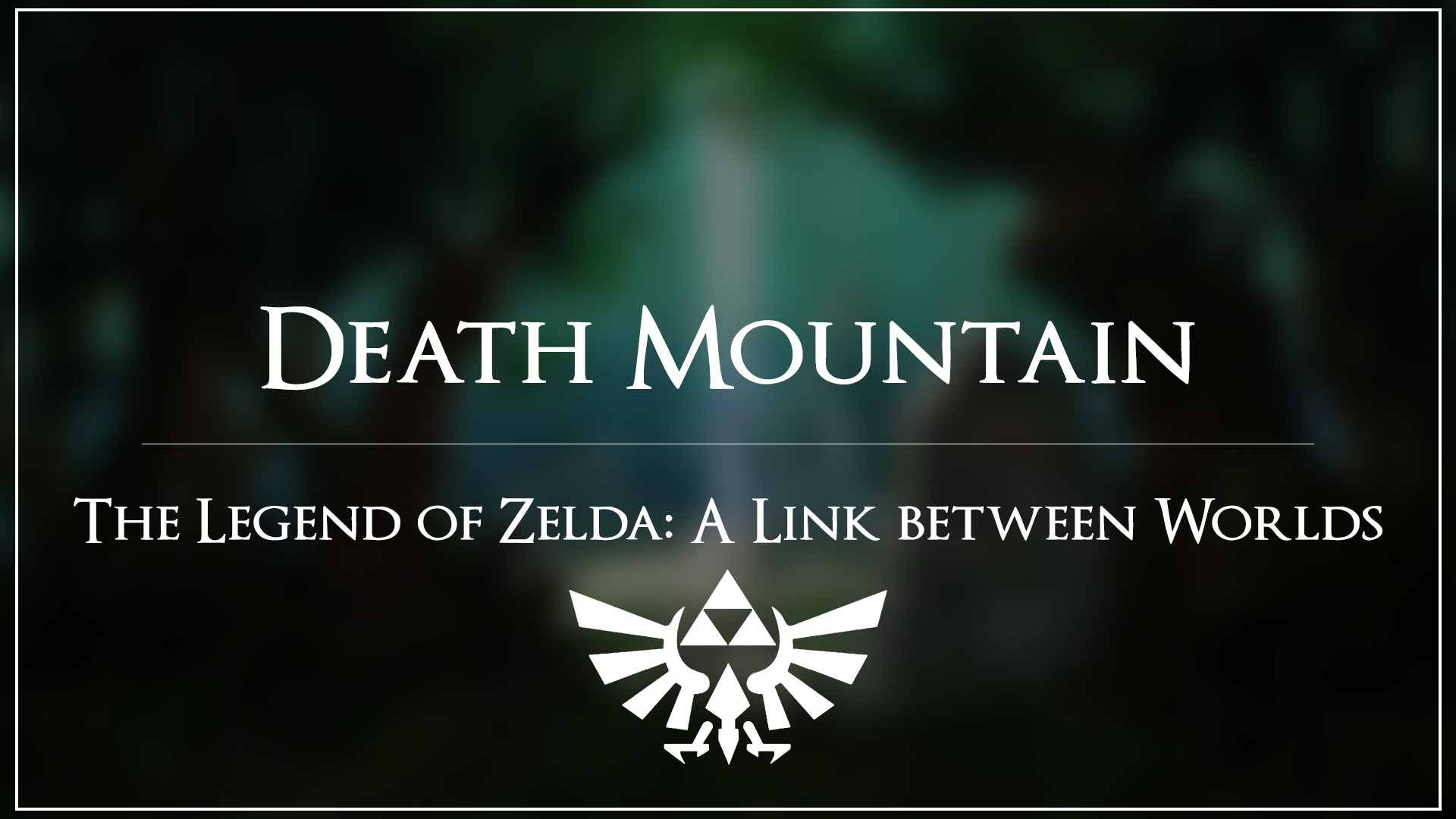 This arrangement was my first arrangement that was done on FL Studio, the digital audio workstation I currently use, and is actually a remake of a version of this arrangement I made using MuseScore3.

In order to capture the mood of the piece, very intense low brass carries the theme. During the A', trumpets carry the melody instead. The B section features winds playing a lighter melody, which is played by the trumpets in the B' section. The Imperial March is also mixed into the main theme, as I thought it fit quite well. 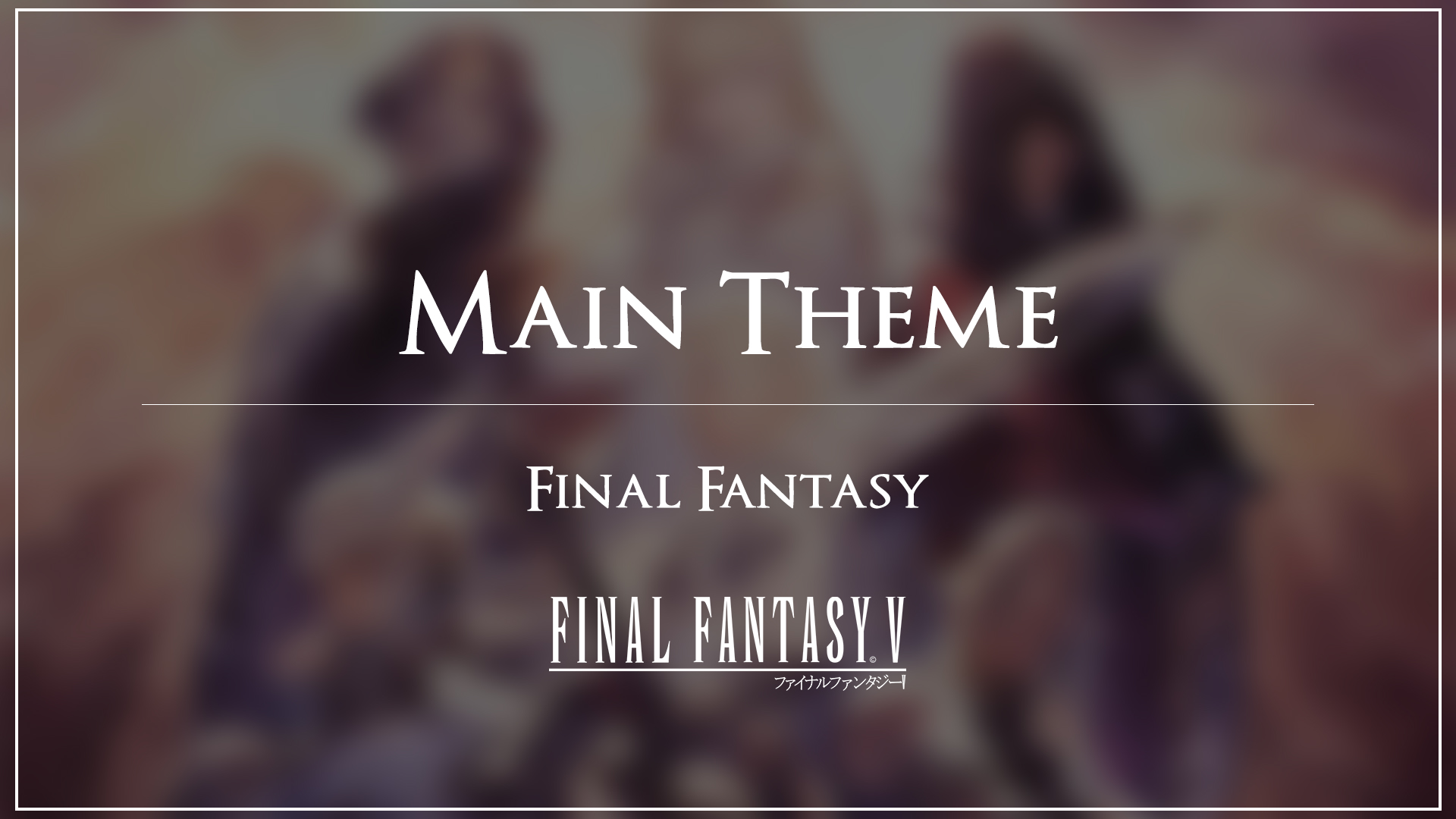 The Final Fantasy Main Theme has various versions for each iteration of the game. This arrangement features the iconic theme in B flat major, starting with a gentle piano and harp introduction, followed by violins carrying the theme. Flutes and oboes then repeat the motif. The B section immediately follows, where violins once again assume melody. During the B' and transition back to the main theme, low brass initially leads but is joined towards the later half by both the violins and winds.

The repetition of the main theme is now significantly more grand, as trumpets play the theme, accompanied by various runs in the strings and winds. The B' sections is then repeated in the same grand manner as the preceeding repeated A section. The piece is closed off by a multiple transpositions of the beginning of Final Fantasy's most iconic victory fanfare, ending with a transposition to the root key. 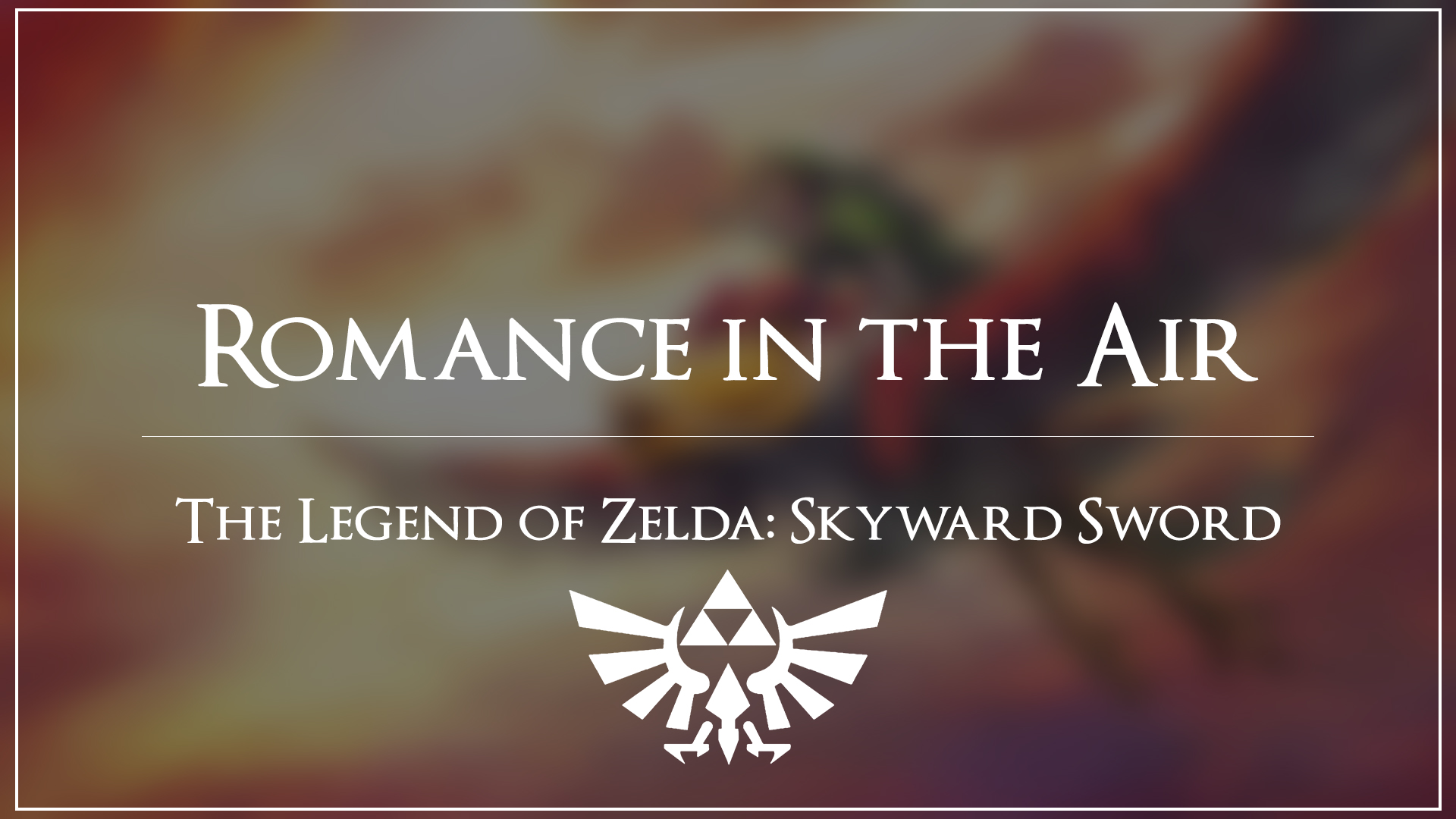 This arrangement was my second arrangement that was done on FL Studio, and at the time, I was still very unfamiliar with some key techniques and features, such as EQ, tuning the balance properly. I am planning on remaking this sometime in the future.

This arrangement naturally features some more dynamic and mood variations. The same motif is repeated, and with each repetition, more and more instruments are layered, richening the melody. After the first iteration of the motif, a gentle harp solo provides an introduction to a motif from the 3rd movement of Alexander Borodin's 2nd Symphony. It then transitions back to the original motif, with another interlude. The motif is then repeated once more, this time with the strength of the brass section at the climax of the arrangement. The final harp solo is accompanied by the violins playing a B flat tremolo. 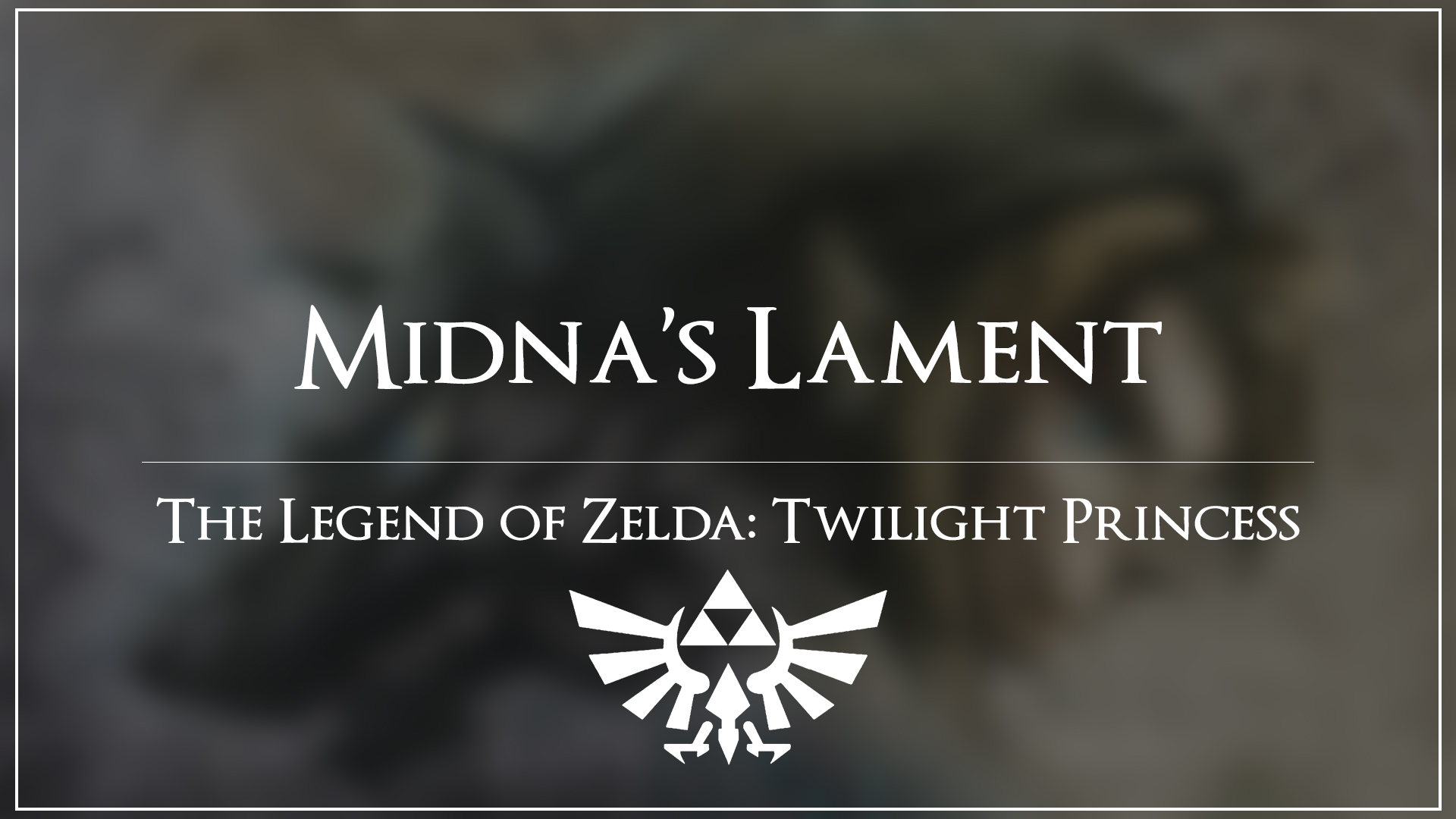 This arrangement marks the final arrangement I have done using MuseScore3. I am planning on doing a remake of this with FL Studio using significantly better sound libraries.

Midna's Lament has one primary repeating motif. Each time it appears, new instruments or countermelodies are layered in order to ensure it contains sufficient variation in order to remain interesting. The first iteration of the motif is plainly the original version. The second iteration, however, serves as a transition to a modified version of Johann Sebastian Bach's Prelude in C Major, from Book I of The Well Tempered Clavier. In order to blend with Midna's Lament, Prelude's time signature was modified from cut time to 3 / 2. During Prelude, oboes provided counterpoint, while the strings established the progression. After a transition back to the Midna's Lament motif, it repeats once more, ending with a C major chord from the piano. 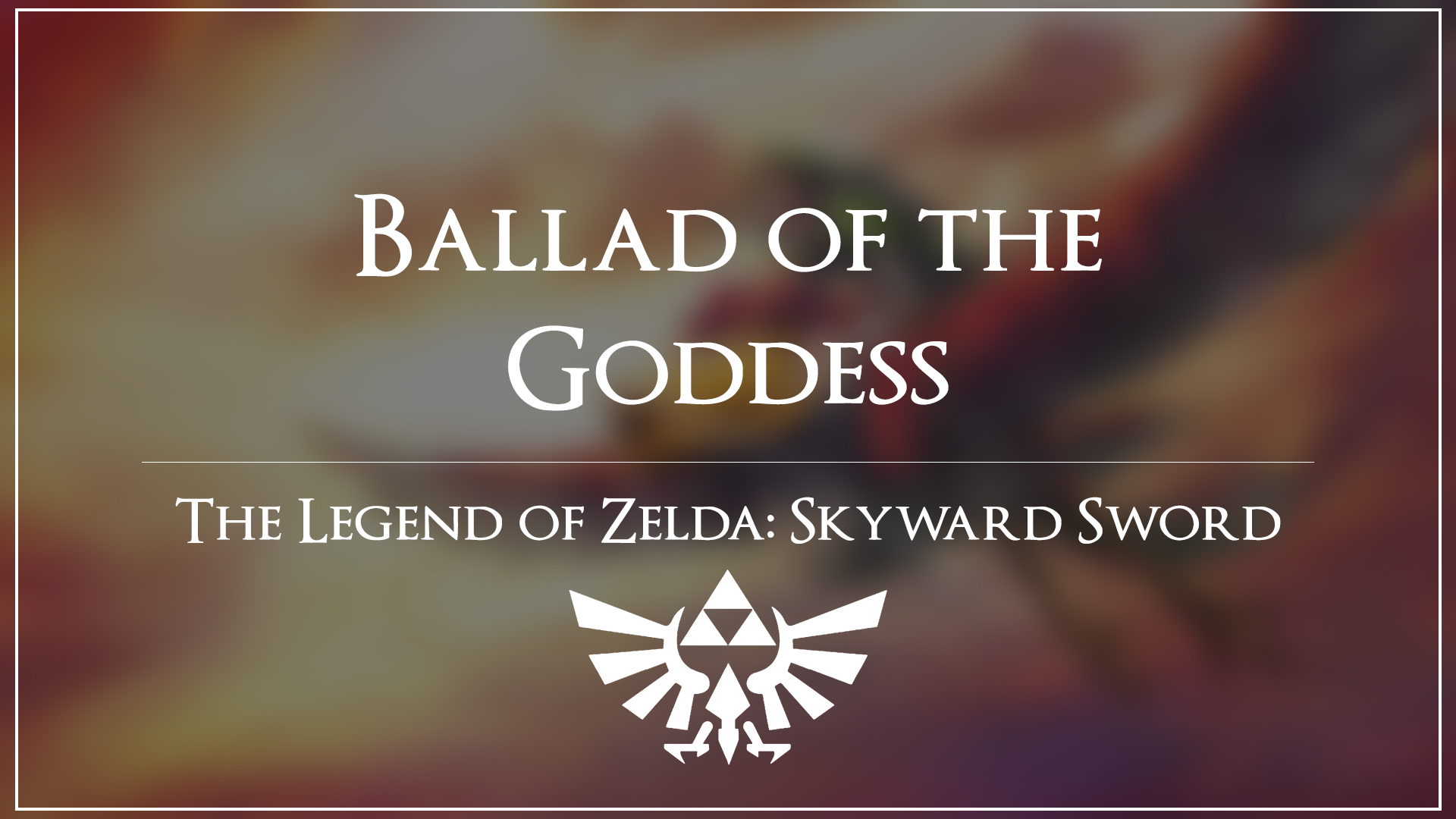 Ballad of the Goddess was one of my earlier arrangements, and I'm planning on doing a remake, as I now have access to significantly better sound libraries and software than at the time this arrangement was made. The entire process (notation, articulation, dynamics, balance tweaking, and rendering) was done entirely on MuseScore3, as at the time, I did not have access to a proper digital audio workstation.

A more thorough analysis will be provided once that is complete.